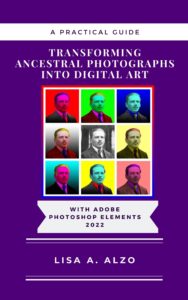 This practical guide will teach you how to use Photoshop Elements 2022 to create digital art from your old family photographs.

“Using Ethnic Newspapers and Publications in Your Genealogy Research“ 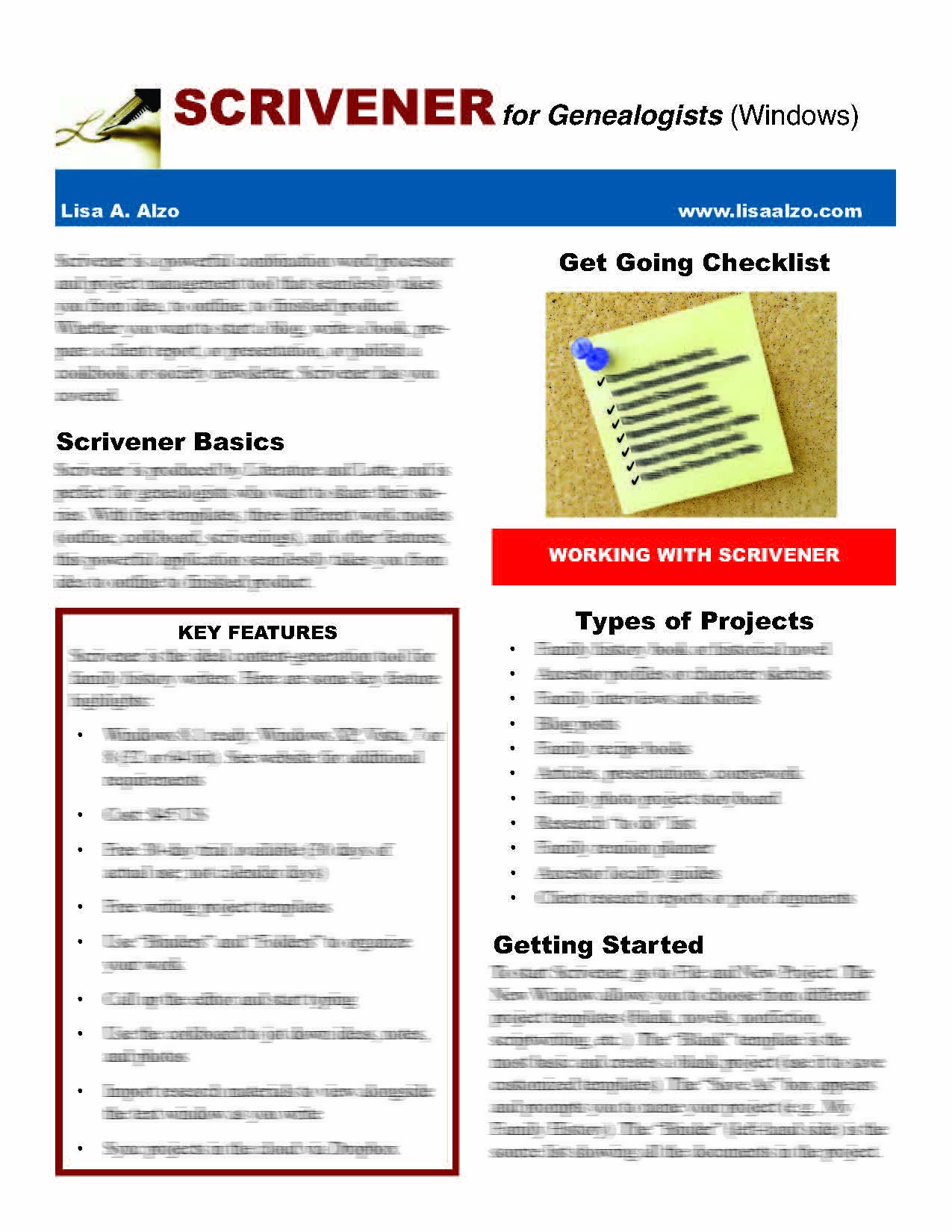 The Scrivener for Genealogists Quick Sheet (Windows) is a 4-page PDF guide with all of the basics you need to know to get up and running with Scrivener,the popular combination word processor and project management tool by Literature and Latte. This guide will show you how to use Scrivener for any genealogy/family history writing project. 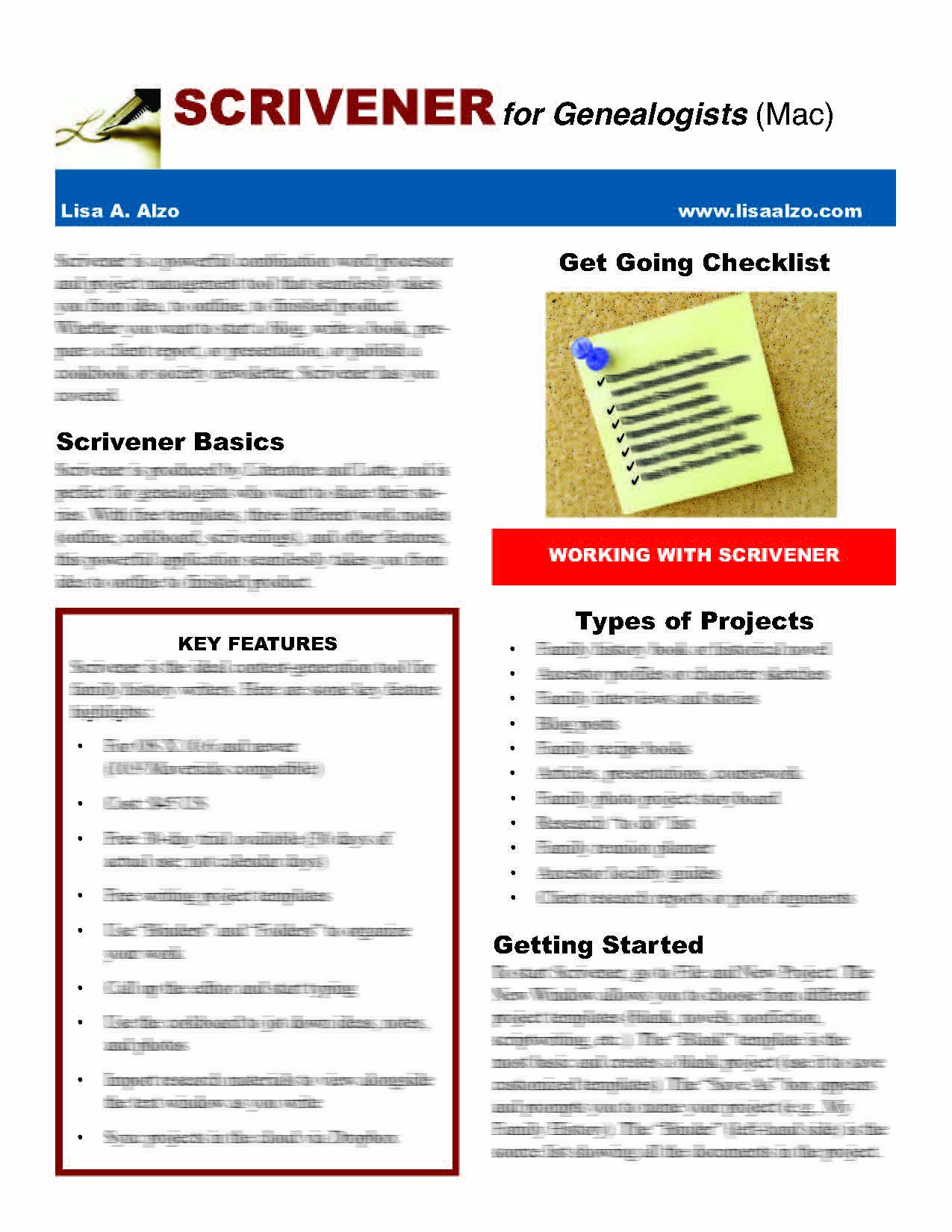 The Scrivener for Genealogists Quick Sheet (Mac) is a 4-page PDF guide with all of the basics you need to know to get up and running with Scrivener,the popular combination word processor and project management tool by Literature and Latte. This guide will show you how to use Scrivener for any genealogy/family history writing project.

Fearless Females: 31 Writing Prompts to Celebrate Women’s History will help you tell your female ancestors’ stories through a series of writing prompts first published on The Accidental Genealogist Blog in 2010. This PDF eBook includes additional bonus writing prompts, tips and resources to help you learn more about the women in your family tree. 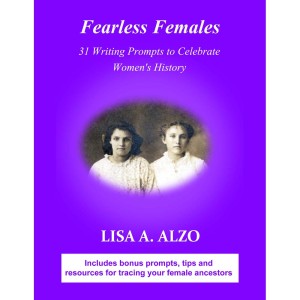 Some of my fondest memories from childhood are the times spent in my Baba’s kitchen. The aromas of fresh bread baking in the oven and chicken soup simmering on the stove, the blending together of voices young and old, and my grandmother in her apron and babushka, provided a warm and welcoming atmosphere for her family. The kitchen served as the center of the home and as the place where some of life’s most important lessons were taught and learned. Simple principles of generosity, honesty and love. It was also in this kitchen I learned to eat the
foods and celebrate the traditions that were central to my Slovak and Rusyn heritage.Paska bread at Easter, Bobalky at Christmas and Halushki every Friday night. Baba’s Kitchen is a collection of recipes and traditions passed down through the generations in my family. I share them as a tribute to my grandmothers and to Rusyn and Slovak women everywhere who continue to preserve and share their cooking, rituals and traditions. 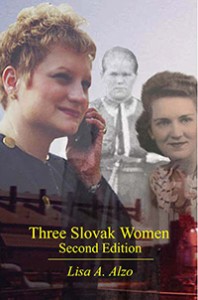 Three Slovak Women is a nonfiction account of three generations of Slovak women in the steel-producing town of Duquesne, Pennsylvania and the love and sense of family binding them together. The book opens with Verona Straka, who immigrated to the United States from the tiny village of Milpos , Slovakia in 1922. The first section unfolds with Verona ‘s journey from her homeland, and then chronicles her arranged marriage to J?nos Figlyar, a hardworking, but stern coal miner/steelworker, whose fondness for alcohol led him to the often violent outbursts of which she was the target. The story then follows Verona ‘s first-born, her daughter Anna, as she grows up as a first-generation American, fearful of her father and devoted to her mother, and how this influenced the choices she made for her own life. Finally, the book concludes with Verona ‘s granddaughter, Lisa, showing how the opportunities presented to her differed from those afforded her mother and grandmother, with reflection on family values and traditions of the Slovak culture-honoring those that have been passed down from the previous two generations, while lamenting what has been lost. 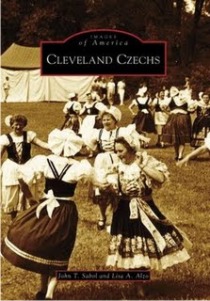 Cleveland’s Czech community is one of the area’s oldest European ethnic groups, with a presence in the area even before the Civil War. It is almost a geographical accident that Czechs arrived in Cleveland, where they would have stopped on the way to Czech or Bohemian communities in Nebraska, Iowa, and Wisconsin. From 1850 to 1870, the Czech community grew from 3 families to 696, according to The Encyclopedia of Cleveland History. Many found work making barrels for John D. Rockefeller’s fledgling Standard Oil Company, while others found their way in professional life, including the arts. Their neighborhoods show their migration from Cleveland’s central city to its outlying areas and suburbs including neighboring Geauga County. Today they continue to support three Czech halls and participate in the Czech gymnastic movement-Sokol. The photographs in Cleveland Czechs give readers a glimpse of those neighborhoods and their importance to Cleveland’s history.

You can find out more about which cookies we are using or switch them off in settings.

This website uses cookies so that we can provide you with the best user experience possible. Cookie information is stored in your browser and performs functions such as recognising you when you return to our website and helping our team to understand which sections of the website you find most interesting and useful.

Strictly Necessary Cookie should be enabled at all times so that we can save your preferences for cookie settings.

If you disable this cookie, we will not be able to save your preferences. This means that every time you visit this website you will need to enable or disable cookies again.